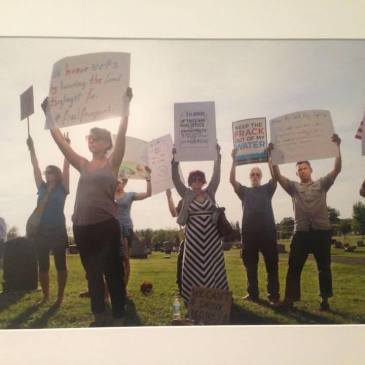 When I worked at Kiski, some folks on campus were concerned about the fracking that was happening around us, especially because there were fracking wells around the reservoir nearby. They had good reason to be worried. There were some recorded spills and a handful of citations. Now if you know anything about the gas industry … END_OF_DOCUMENT_TOKEN_TO_BE_REPLACED

In the last week and a half, I’ve received dozens of emails about Pennypacker v. Ferguson Township. Ferguson and Centre Region citizens concerned about the short- and long-term impacts on our region from the Cottages luxury housing development want the highest court in Pennsylvania to rule on whether the former board violated zoning law. As I’ve written here previously, the Toll Brothers proposed development has been a mess. Citizens are right that the Supreme Court could clarify things by hearing the case. Will they? Who knows? The case has taken twists and turns and the board, to some citizens’ considerable disappointment did not file the answer many asked for. What’s going on? … END_OF_DOCUMENT_TOKEN_TO_BE_REPLACED